Failure of large organisations to adopt to changing situation is very common.

A disruptive technology, such as digital imaging, can sometimes wipe out an entire business industry.

There might be different reasons for failure of change management. Usually it involves a failure to employ proper strategy to change, too much resistance to change, and a conceited disregard for changing customer requirements.

It’s simple to analyze why a change management strategy failed.

But the difficult part is to analyze failure — whether yours or someone else’s — and use it to fuel your growth.

Examine the unsuccessful change management companies examples mentioned in this article and learn from them to avoid similar mistakes of organizational change.

Kodak dominated the film and camera industry for several decades but fell out of favor by screwing up to transform its business.

Kodak made billions of dollars selling analogue cameras and film cartridges, but it ignored the rise of digital photography.

Despite the introduction of a digital camera in the 1990s, Kodak’s primary revenue generator remained photo printing.

As smartphones changed how people shared photos — via social media rather than physical prints — Kodak stubbornly stuck to its old strategy of promoting print.

When you notice a disruption in your business, you must decide whether to change or risk the consequences. Remedial changes, which confront an unexpected issue, are reactive.

Refusing to respond is a failed proposition.

Kodak denied adjusting to the digital transformation taking place in the photography industry.

When you notice a shift in your industry, use a transformation proposal template to assess your options and desired outcome, as well as how external factors may affect your transformation.

Wistia being a video marketing software firm focused on rapid business expansion. However, its tunnel vision led executives away from corporate values, resulting in employee burnout.

They implemented a change management strategy that shifted the company’s focus from internal efficiency to business growth.

When Wistia became profitable, it focused its efforts on long-term creative projects. When those tasks began to pay off, company leaders changed their strategy.

Rather than investing in what it had already constructed, the company aggressively hired, increased advertising spending, and ate into profits.

Employees who had previously been pleased questioned the change. Employees began to leave after the once-fun and inventive work environment became stressful.

Wistia’s strategy compelled the company to incur $17.3 million in debt in order to protect the company.

Take a moment to think about the long-term consequences of complex company-wide changes. Wistia might have benefitted immensely from the McKinsey 7-S model for change management in this case.

The McKinsey 7-S model is intended to maintain the balance of seven critical elements. Take note of the placement of “shared values” in the center.

Wistia now admits that departing from its original values was a mistake. The company borrowed millions of dollars in order to reestablish employee trust and return to creative projects.

Borders Group Inc. (Borders), once the second-largest book store chain in the United States, made a tactical mistake that contributed to the company’s ultimate bankruptcy.

There change management strategy was the partnership with Amazon to start competing with online retailers.

Borders decided to outsource all online book, music, DVD, and video sales to Amazon in 2001. While the partnership was intended to increase purchases, physical store sales suffered.

Customers’ window shopped at Borders before making their purchases on Amazon. The company was no longer profitable by 2006. Borders declared bankruptcy and liquidated its assets five years later.

“Keep your friends close and your enemies closer” is not a great approach when it comes to a key determinant of your business model. Borders made the mistake of cutting corners, which made a significant contribution to the company’s inevitable collapse.

Major changes, such as Borders’ partnership with Amazon, necessitate meticulous planning and risk assessment. It is critical to develop a strategic change initiative.

Borders could have predicted this outcome if they had considered the long-term consequences of their strategic plan.

Despite the fact that this email marketing software company spent two years planning its rebrand, a research flaw cost ConvertKit over $500,000. They created a change management strategy by declaring the rebranding to “Seva.”

ConvertKit ended up choosing Seva as its new name because it is derived from the Sanskrit word for “selfless service.”

While the company assumed it depicted how much the firm cared about its customers, executives failed to investigate the nuances of the word’s affiliation with the Sikh religion.

ConvertKit later discovered that Seva is a sacred concept — a way to worship by giving without expecting anything in return.

Using Seva as the title of a for-profit company would be hurtful and contradictory to the real meaning of the word. ConvertKit eventually cancelled the name change.

Always consider the human aspect of change. ConvertKit made the mistake of solely focusing on the business aspects of a rebrand.

By neglecting the cultural implications of using a religious term as a business name, the company let down its customers and wasted half a million dollars on a rebrand that was ultimately reversed.

Always think who will be most impacted by a change. Those individuals are frequently, but not always, found within your organization. Before making a decision, consider the change from various perspectives.

Tarsus Distribution used RPA to utilize software robots to help with manual data entry. Despite the fact that the goal was to reduce employee workload rather than replace employees, the communication plan came across as robots taking over.

Employees voiced concern and resistance to the move when Tarsus Distribution instated software robots before acquiring internal support. The RPA solution could not achieve its full potential without employee buy-in.

Make sure you’re following change management communication best practices before announcing a change. Tarsus Distribution failed to address the “What’s in it for me?” and “What does it mean to me?” questions, in this case, resulting in unnecessary confusion.

Concentrate on explaining why you made the change. Obtain the support of key leaders within your organization, such as supervisors and department heads. And provide your employees with the information they need to support the change.

As company life expectancies continue to fall, businesses must be more alert than ever in staying innovative and future-proofing their operations. Leadership must learn from unsuccessful change management companies examples.

Companies must recognize certain things in order to avoid becoming change victims. Maintain a constant 360-degree swivel in your head. Raise your horizon to see what changes are on the way.

Sustain your agility and be ready to respond to any changes that arise. Often, you will have a limited window of opportunity to capitalize on impending change. The earlier your radar detects it, the more time you will have to prepare. 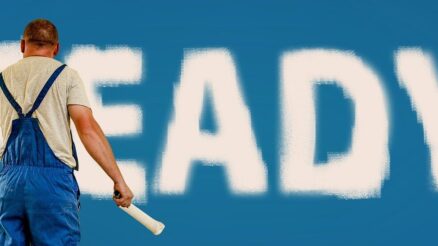 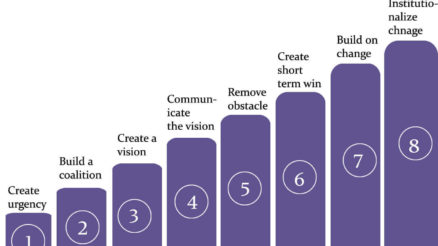 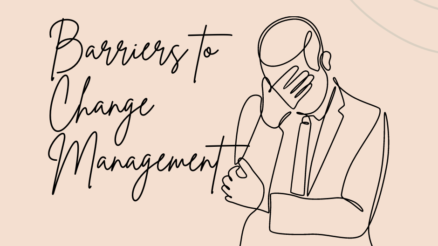