We are living in times of unprecedented change.

Nowadays change management has become one of the most important components for growth and success of any organization.

Only those organizations flourish and thrive who adopt change and adjust themselves according to changing business ecosystem.

There is no single recipe for implementation of change because there are varied factors affecting organizational change.

But we do have successful change management companies examples that inspire us about change and give insights for implementation of change initiative.

Here are ten real-world successful change management companies examples that can help you understand how their leadership has a vision that was successfully translated into a reality.

Let’s dive in these examples

In the early 2000s, Google was already dominating over the internet as it had developed tools like Google Maps and Gmail. But Google has grown to be immensely diverse.

The organization started working on a variety of projects, including human longevity, smart transportation, wearable technologies, smart homes, and more. Everything was connected to some extent, however, there were some gaps.

Google was becoming difficult to manage. Its leadership decided that disassembling the entire organization was the best way to avoid serious difficulties in the future. They divided Google into several companies, all of which are now owned by Alphabet, a new holding company.

When Alphabet was first announced, Larry Page said that the restructuring would allow employees to focus more efficiently and enthusiastically on their specific mission while remaining unconcerned about Google as a whole.

This means that each Alphabet company is now responsible for its costs and revenues. Increased responsibility, on the other hand, may increase the importance of invention.

In the end, Page’s long-term vision for Google was the driving force for his purpose of introducing a change management campaign for the company’s benefit.

Even after extraordinary success of Windows and Office, Microsoft struggled to keep up with the competition in global market with companies like Google which expanded to dominate the search and software businesses.

But internal politics and toxic environment restricted innovation and increased the company’s reliance on Windows and Office.

According to Satya Nadella, who became CEO in February 2014 Microsoft’s took drastic steps and restructured the organization. He shared a common vision and goal for all of employees that helped to create a common sense of purpose and meaning to work.

Amazon’s innovations have contributed to its enormous success, making it an excellent case study for change management.

Since its establishment, Amazon has led the way in a wide range of disciplines and industries. These accomplishments are particularly impressive considering that Amazon started as an online bookstore.

The leadership at Amazon believe that those who reject organizational change face the danger of falling behind. They keep innovating new ways of doing things and that was their secret for success.

Amazon’s distinguishing feature has always been its readiness to change. What started as an online bookstore has evolved into a multi-industry powerhouse.

Today 70% of online customers shop only from Amazon and the it is countinously expanding in Europe and other parts of the world.

The firm was struggling against a tiny market, little demand, limited manufacturing space, high inventory expenses, and, most importantly, a lot of waste. This was recognized by Taiichi Ohno, who began to establish the just-in-time (JIT) concept.

The JIT manufacturing method uses resources only when they are required. As a result, supplies were kept low, transportation was streamlined to cut down on wasted time and money, and assembly lines were adjusted to remove any needless costs.

As a result, Toyota factories had to:

This strategy helped Toyota to successfully navigate the post-World War II crisis and grow into the world-class company it is today.

Netflix is a game-changing service that allows consumers to view their favorite movies whenever and wherever they want.

The use of Netflix started in 1997 when it allowed the users a monthly subscription for watching their desired movies. They were charged on monthly basis and movies were delivered to their homes.

Later in 2007, Netflix started streaming and this feature eliminated the need for the users to wait for DVDs to arrive through the mail.

Netflix was successful because customers can watch all the content online without having to wait for so long.

Netflix was able to survive a drop in memberships and stock by embracing the change and offering what others was not. Now it has more than 167 million customers.

Samsung has grown from a weak manufacturing firm that depended on low-cost advantages to a globally recognized brand with luxury and durable products.

This happened in 1993 when a new management team took over. What emerges from the Samsung leadership model is that strategic management, along with visionary leadership for innovation, is the key to success.

Despite these obstacles, the firm remained important in the market, even emerging as the strongest. It was because of the change management model that the company implemented.

In 2008, Domino’s was in trouble and it was hard at that time to save its brand reputation and remain relevant in the market. But the company implemented a successful change.

After seeing that increasing transactions were being performed online, some key players pushed the leaders to focus on the online ordering experience.

At the time, this move set them apart from other pizza delivery businesses. The brand embraced new technology to match the opportunity.

By using the custom operating system, Domino’s was able to use the consumer data.

This benefited the company in keeping low transaction costs and also providing information about clients. Then, there is also a case of brand loyalty and introducing new deals for keeping the sales high.

The company is still embracing change by implementing new and latest technologies that will help it to flourish in the future.

Nokia was already a global success when smartphones reached the market, with over half of the market share in 2007. In only the first half of 2012, the firm has lost almost $2 billion in operating losses.

Nokia realized it had fallen out on the smartphone revolution’s lead. After that, Nokia hired a new CEO and embarked on a transformative path. The firm shifted its attention to network and mapping technologies after selling its struggling mobile device division to Microsoft.

In 2008, Nokia established a Booster Program to help the company stay up with changing consumer requirements as well as new technologies from competitors. They limited the number of business units from nine to four, and development was reduced to only three.

As a result, Nokia’s shareholder value increased by billions, and it became a full-service infrastructure provider. Nokia’s amazing turnaround from a near-bankrupt hardware firm to a dominating leader in technology exemplifies how large corporations can adapt in the face of difficulties.

Coca-Cola is one of the oldest organizations in the world. Since its establishment, it has undergone many transformations in its internal and external structure. To face the outcomes of such transformations, the company used change management approaches.

The company faced many external changes as during the times of World War II, the Coca-Cola company supplied free drinks to the soldiers and in this way, it gradually established itself as a brand of US military effort. It also increased brand awareness in the areas occupied by Allied forces.

At this time, Coca-Cola opened 64 new manufacturing units and as a result, the company increased its worldwide reach. The company’s growth increased globally due to this.

Considering all the health concerns, Coca-Cola introduced Diet Coke and Coca-Cola Zero to appeal to its target audience. The company used an acquisition approach to meet the demands of customers in a better way during the Asian financial crisis.

Focusing on internal changes, employee engagement is also very important to all aspects of Coca-Cola’s operations and it has resulted in better performance in areas where employees are more engaged. Coca-Cola wants to create a fully integrated communications system and focus on building brand relationships with its workers.

This tells that change management is an important part of Coca-Cola’s clear strategy since it helps the corporation to adapt and respond quickly in response to changing trends.

Jack Welch became CEO of General Electric in 1981 when it net worth was $12 billion and when he left GE it had became a company of $280 billion.

He analyzed the technical problems in GE products and just fixed it.

He introduced Six Sigma is a methodology that helped in removing flaws in goods and processes.

By using this GE saved a remarkable $10 billion by continuously testing the processes.

Welch led the transition of a successful organization by recruiting a team with shared values, vision, and principles. The CEO invested in the change management approaches that eventually worked well for them.

If you look at all successful change management companies examples then you’ll find that they all have a clear vision about change. They have made decision and taken all stakeholders along with them on journey of transformation. Eventually they witnessed a big success in terms of transformation and impacting lives of people across the world. 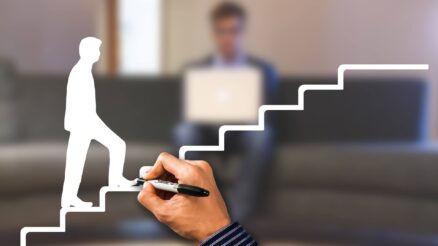 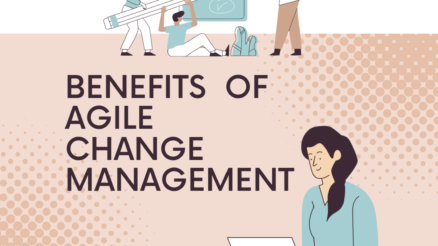 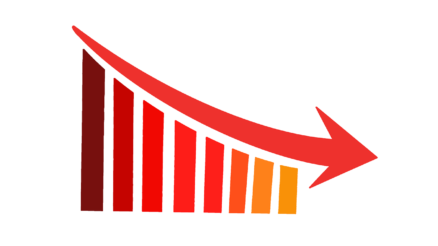