A short case study on change management can be very helpful in learning how to manage change effectively. In today’s business world, change is constantly happening and it can be very difficult to keep up.

Having a solid understanding of change management is essential for any manager or business owner.

A good case study will show you how one company successfully managed a major change and what lessons can be learned from their experience.

By studying short case study on change management, you will gain valuable insights into the importance of planning, communication, and employee involvement when managing change.

You will also learn about the different stages of change and how to overcome resistance to change.

These are all important topics that any manager or business owner should be familiar with. Learning about them through a short case study is an excellent way to gain a better understanding of these concepts.

Here are 05 short case studies on change management that offer you valuable insights on managing change.

1. Adobe- a transformation of HR functions to support strategic change

Many a times external factors lead to changes in organisational structures and culture. This truly happened at Adobe which has 11,000 employees worldwide with 4.5 billion $ yearly revenue.

Acrobat, Flash Player, and Photoshop are among the well-known products of Abode.

Due to new emerging technologies and challenges posed by small competitors Adobe had to stop selling its licensed goods in shrink-wrapped containers in 2011 and switched to offering digital services through the cloud. They gave their customers option of downloading the necessary software for free or subscribing to it every month rather than receiving a CD in a box.

The human resource (HR) function also took on a new role, which meant that employees had to adjust to new working practices. A standard administrative HR function was housed at Adobe’s offices. However, it was less suitable for the cloud-based strategy and performed well when Adobe was selling software items.

HR changed its role and became more human centric and reduced its office based functions.

The HR personnel did “walk-ins,” to see what assistance they might offer, rather than waiting for calls. With a focus on innovation, change, and personal growth, Adobe employed a sizable percentage of millennials.

Instead of having an annual reviews, staff members can now use the new “check-in” method to assess and define their own growth goals whenever they find it necessary, with quick and continuous feedback.

Managers might receive constructive criticism from HR through the workshops they conduct. The least number of employees have left since this changed approach of HR.

Why did Adobe’s HR department make this change? Since the company’s goals and culture have changed, HR discovered new ways to operate to support these changes.

Steve Bennett, a vice president of GE Capital, was appointed CEO of Intuit in 2000. Intuit is a provider of financial software solutions with three products: Quicken, TurboTax, and QuickBooks, which have respective market shares of 73 percent, 81 percent, and 84 percent.

Despite this market domination, many observers believed Intuit was not making as much money as it could.

Additionally, the business was known for making decisions slowly, which let rivals take advantage of numerous market opportunities. Bennett desired to change everything.

He concluded that although employees were enthusiastic about the company’s products, internal processes weren’t given any thought (based on Higgins, 2005).

He followed the famous Mckinsey 7S Model for Change Management to transform the organization. Let’s see what are those changes that he made:

By making acquisitions, he increased the products range for Intuit.

He established a flatter organizational structure and decentralized decision-making, which gave business units more authority and accountability throughout the whole product creation and distribution process.

He emphasized the necessity of a performance-oriented focus and offered a vision for change and also made every effort to sell that vision.

He acknowledged the commitment of staff to Intuit’s products and further strengthened process by emphasizing on quality and efficiency of his team.

Resources were allotted for learning and development, and certain selected managers were recruited from GE in particular skill categories, all to enhance staff capabilities concerning productivity and efficiency.

Bennett’s strategy was “vision-driven” and he communicated that vision to his team regularly to meet the goals.

8,000 people worked for Intuit in the United States, Canada, the United Kingdom, India, and other nations in 2014, and the company generated global revenues of nearly $5 billion.

3. Barclays Bank – a change in ways of doing business

The financial services industry suffered heavily during mortgage crisis in 2008. In addition to significant losses, the sector also had to deal with strict and aggressive regulations of their investing activities.

To expand its business, more employees were hired by Barclays Capital under the leadership of its former chief executive, Bob Diamond, who wanted to make it the largest investment bank in the world.

But Barclays Capital staff was found manipulating the London Inter-Bank Offered Rate (LIBOR) and Barclays was fined £290 million and as a result of this the bank’s chairman, CEO, and COO had to resign.

In an internal review it was found that the mindset of “win at all costs” needed to be changed so a new strategy was necessary due to the reputational damage done by the LIBOR affair and new regulatory restrictions.

In 2012, Antony Jenkins became new CEO. He made the following changes in 2014, which led to increase of 8% in share price.

The word “Capital” was removed from the firm name, which became just Barclays. To concentrate on the U.S. and UK markets, on Africa, and on a small number of Asian clients, the “world leader” goal was dropped.

Physical commodities and obscure “derivative” products would no longer be traded by Barclays. It was decided that rather than using its customers’ money, the business would invest its own.

Only thirty percent of the bank’s profits came from investment banking. Instead of concentrating on lending at high risk, the focus was on a smaller range of customers.

In place of an aggressive, short-term growth strategy that rewarded commercial drive and success and fostered a culture of fear of not meeting targets, “customer first,” clarity, and openness took precedence. Investment bankers’ remuneration was also reduced.

Beginning in 2014, branches were shut, and 19,000 jobs were lost over three years, including 7,000 investment banking employees, personnel at high-street firms, and many in New York and London headquarters. £1.7 billion in costs were reduced in 2014.

There was an increase in customers’ online or mobile banking, and increased automation of transactions to lower expenses.  To assist customers in using new computer systems, 30 fully automated branches were established by 2014, replacing the 6,500 cashiers that were lost to this change with “digital eagles” who used iPads.

These changes were made to build an organization that is stronger, more integrated, leaner, and more streamlined, leading to a higher return on equity and better returns for shareholders. This was also done to rebuild the bank’s credibility and win back the trust of its clients.

The first digital camera and the first-megapixel camera were both created by Kodak in 1975 and 1986 respectively.

Why then did Kodak declare bankruptcy in 2012?

When this new technology first came out in 1975, it was expensive and had poor quality of images. Kodak anticipated that it would be at least additional ten years until digital technology started to pose a threat to their long-standing business of camera, film, chemical, and photo-printing paper industries.

Although that prediction came true, Kodak chose to increase the film’s quality through ongoing advances rather than embracing change and working on digital technology.

Kodak continued with old business model and captured market by 90% of the film and 85% of the cameras sold in America in 1976. With $16 billion in annual sales at its peak, Kodak’s profits in 1999 was around $2.5 billion. The brand’s confidence was boosted by this success but there was complete complacency in terms of embracing new technology.

Kodak started experiencing losses in 2011 as revenues dropped to $6.2 billion.

Fuji, a competitor of Kodak, identified the same threat and decided to transition to digital while making the most money possible from film and creating new commercial ventures, such as cosmetics based on chemicals used in film processing.

Even though both businesses had the same information, they made different judgments, and Kodak was reluctant to respond. And when it started to switch towards digital technology, mobile phones with in-built digital camera had arrived to disrupt digital cameras.

Although Kodak developed the technology, they were unaware of how revolutionary digitalization would prove to be, rendering their long-standing industry obsolete.

The modifications were made right away by the new owners. Eleven of the top twelve executives were replaced, 600 employees were let go, corporate planes were sold, personal offices were eliminated, and executives were required to stay at Holiday Inn hotel rather than the Ritz-Carlton when traveling and substantially longer work hours were anticipated.

Each employee was given a monthly copy restriction of 200 by micromanagement, and printer usage was recorded. Only 100 business cards were permitted each year for executives.

Numerous Heinz workers spoke of “an insular management style” where only a small inner circle knows what is truly going on.

On the other side, 3G had a youthful team of executives, largely from Brazil, who moved from company to company as instructed across nations and industries. They were loyal to 3G, not Heinz, and were motivated to perform well to earn bonuses or stock options.

“The 3G way,” a theory that 3G has applied to bring about change in prior acquisitions like Burger King, was the driving reason behind these modifications. Everything was measured, efficiency was paramount, and “nonstrategic costs” were drastically reduced.

From this vantage point, “lean and mean” prevails, and human capital was not regarded as a crucial element of business success. It was believed that rather than being driven by a feeling of purpose or mission, employees were motivated by the financial gains associated with holding company stock.

Because it had been well-received by the 3G partners, those who might be impacted by a deal frequently saw a “how to” guide published by consultant Bob Fifer as a “must read.”

However, many food industry experts felt that while some of 3G’s prior acquisitions would have been ideal candidates for a program of cost-cutting, Heinz was not the most appropriate choice to “hack and slash.” The company had already undergone several years of improved efficiency and it was already a well-established player in the market.

In summarizing the situation, business journalists Jennifer Reingold and Daniel Roberts predicted that “the experiment now underway will determine whether Heinz will become a newly invigorated embodiment of efficiency—or whether 3G will take the cult of cost-cutting so far that it chokes off Heinz’s ability to innovate and make the products that have made it a market leader for almost a century and a half.”

A short case study on change management can be a helpful tool in learning how to effectively manage change. These case studies will show you how one company successfully managed a major change and what lessons can be learned from their experience. By studying these case studies, you will gain valuable insights into the importance of planning, communication, and employee involvement when managing change. These are all vital elements that must be considered when implementing any type of change within an organization. 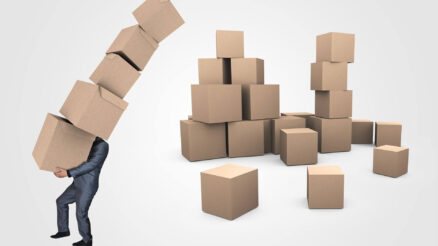 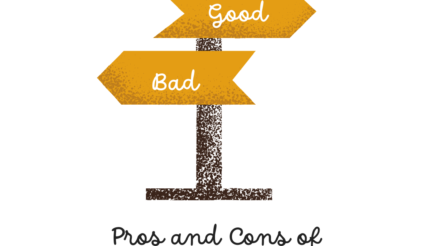 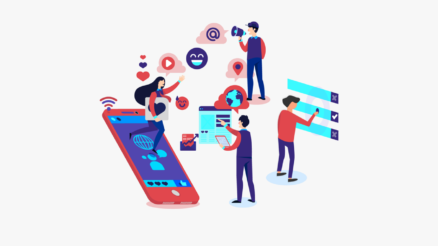