We’ve compiled 100 motivational quotes on change management from some of the work of most inspiring and popular change leaders.

Many successful CEOs, leaders, mangers have authored about the change and their quotes are in fact their experiences.

These quotes will motivate you to think about changes that are necessary for expanding your organisation, whether you’re starting your own business or managing a team at an established institution.

We’ve categorised different themes of change management and arrange the motivational quotes in those categories.

13. “Change Management: The process of paying outsiders to create the pain that will motivate insiders to change, thereby transferring the change from the company’s coffers into those of the consultants.”— Eileen Shapiro

14. “If anything is certain, it is that change is certain. The world we are planning for today will not exist in this form tomorrow.” — Philip Crosby

15. “You can’t move so fast that you try to change the [norms] faster than people can accept it. That doesn’t mean you do nothing, but it means that you do the things that need to be done according to priority“.— Eleanor Roosevel

16. “It is not the strongest or the most intelligent who will survive but those who can best manage change“. – Charles Darwin

18. “It is not the strongest of the species that survives, nor the most intelligent that survives. It is the one that is the most adaptable to change“. – Charles Darwin

19. “You can act to change and control your life; and the procedure, the process is its own reward.“ – Amelia Earhart

21. “Whatever got you here may well prevent you from getting there“. – Marshall Goldsmith

22. “Change is inevitable. Change for the better is a full-time job“. – Adlai E. Stevenson

23. “Change does not roll in on the wheels of inevitability, but comes through continuous struggle“.– Martin Luther King, Jr.

24. “A change of heart is the essence of all other change and it is brought about by a re-education of the mind.” — Emmeline Pethick-Lawrence

25. “The secret of change is to focus all of your energy not on fighting the old, but on building the new“.– Socrate

26. “Faced with the choice between changing one’s mind and proving that there is no need to do so, almost everyone gets busy on the proof.“ –John Kenneth Galbrait

27. “You never change things by fighting the existing reality. To change something, build a new model that makes the existing model obsolete“. – Buckminster Fulle

28. “All change is not growth, as all movement is not forward“ –Ellen Glasgow

29. “Expecting things to change without putting in any effort, is like waiting for a ship at the airport.“– Bright Vibes.

30. “It may be hard for an egg to turn into a bird: it would be a jolly sight harder for it to learn to fly while remaining an egg“. –C. S. Lewis

31. “Life belongs to the living, and he who lives must be prepared for changes“. Johann Wolfgang von Goethe

32. “For changes to be of any true value, they’ve got to be lasting and consistent“–Tony Robbins

33. “One must change one’s tactics every ten years if one wishes to maintain one’s superiority“. –Napoleon Bonaparte

35. ”The only way to make sense out of change is to plunge into it, move with it, and join the dance.” — Alan Watts

37. The first step toward change is awareness. The second step is acceptance“.

39. “The art of acceptance is the art of making someone who has just done you a small favor wish that he might have done you a greater one.“

40. “The most difficult thing is the decision to act; the rest is merely tenacity. The fears are paper tigers. You can do anything you decide to do.“ — Amelia Earhart

42. “If you don’t like something, change it. If you can’t change it, change your attitude.“ — Maya Angelo

43. “Change has a considerable psychological impact on the human mind. To the fearful, it is threatening because it means that things may get worse. To the hopeful, it is encouraging because things may get better. To the confident, it is inspiring because the challenge exists to make things better.“ — King Whitney Jr.

44. ”I’m always willing to accept change, just as long as it isn’t change for the sake of change. If that change will result in a better way of doing things, then I’m all for it” — James Van Fleet

48. “Vision without action is merely a dream. Action without vision just passes the time. Vision with action can change the world.“ — Joel A. Barker

50. “The greatest discovery of all time is that a person can change [their] future by merely changing [their] attitude“ –Oprah Winfrey

52. “They always say time changes things, but you actually have to change them yourself.“ — Andy Warhol

56. “The world as we have created it is a process of our thinking. It cannot be changed without changing our thinking.” — Albert Einstein

57. “You can’t change the world alone. You will need some help. And to truly get from your starting point to your destination takes friends, colleagues, the goodwill of strangers and a strong coxswain to guide them.“ — William H. McRaven

58. “Where there are changes, there are always business opportunities.” — Minoru Makihara

59. “The new always carries with it the sense of violation, of sacrilege. What is dead is sacred; what is new, that is, different, is evil, dangerous, or subversive.” — Henry Miller

62. “You don’t change a culture by talking, you change it through action.” – Mario Moussa

64. “Culture does not change because we desire to change it. Culture changes when the organization is transformed – the culture reflects the realities of people working together every day“. – Frances Hesselbein

65. “You can’t build an adaptable organization without adaptable people–and individuals change only when they have to, or when they want to” – Gary Hamel

66. “Learn to adjust yourself to the conditions you have to endure, but make a point of trying to alter or correct conditions so that they are most favorable to you“. – William Frederick Book

67. “If you want to change the culture, you will have to start by changing the organization“. – Mary Douglas

68. “If you do not change employee behaviour, you will not get organisational change and performance improvement“​ ― Peter F Gallagher

69. “Powerful and sustained change requires constant communication, not only throughout the rollout but after the major elements of the plan are in place. The more kinds of communication employed, the more effective they are.“ —DeAnne Aguirre

70. “Few things are more important during a change event than communication from leaders who can paint a clear and confidence-inspiring vision of the future.“– Sarah Clayton

71. “Communication works for those who work at it.” – John Powell

73. “To effectively communicate, we must realize that we are all different in the way we perceive the world and use this understanding as a guide to our communication with others.” – Tony Robbins

74. “When we change the way we communicate, we change society“. – Clay Shirky

76. “Effective communication helps to keep the team working on the right projects with the right attitude.” – Alex Langer

77. “If people had the right skills and intention to communicate well, there would be no conflict. The better we are at communicating, the better our lives will be.”― Yama Mubtaker

78. “The art of communication is the language of leadership.” – James Humes

79. “Although we live in an information technology age, we often find ourselves in failure to communicate situations.” – Johnny

80. “When the trust account is high, communication is easy, instant, and effective“. – Stephen R. Covey

81. “Effective change communication is at the heart of successful change, it acts like the blood in our bodies, but instead of supplying vital oxygen and nutrients, communication supplies information and motivation to the impacted stakeholders”― Peter F Gallagher

82. “Change cannot be put on people. The best way to instill change is to do it with them. Create it with them.” — Lisa Bodell

83. “The reality is that the only way change comes is when you lead by example.” — Anne Wojcicki

84. “As dealing with change becomes a regular activity, leading it becomes a skill to hone, an internal capacity to master.“ —Arnaud Hennevill

85. “Change hurts. It makes people insecure, confused and angry. People want things to be the same as they’ve always been because that makes life easier. But, if you’re a leader, you can’t let your people hang on to the past.“ — Richard Marcinko

86. “Change is a normal part of our lives, but it’s uncomfortable for the vast majority of people because it makes them feel like they’ve lost control. Do you remember a time when you felt like things were being done to you that you had no control over? That’s how they may feel now. In every way you can, let them know that you can relate to that.” — Mary JoAsmus

87. “If you are entrusted with bringing about change, you likely possess the knowledge needed to advance the organization, and you might have a plan—but knowledge is not enough. You have to bring yourself to each interaction in a deeply authentic way. People don’t care how much you know until they know how much you care.” — Doug Conant

89. “Change Leadership is action, not a position” ― Peter F Gallagher

90. “Many leaders get to the top of an organisation with skills less associated to leadership, but more the ability to eliminate greater competition on the way” ― Peter F Gallagher

What to anticipate from change

92. “The world changes in direct proportion to the number of people willing to be honest about their lives". – Armistead Maupin

93. “Only the wisest and stupidest of men never change“. – Confucius

94. “Our dilemma is that we hate change and love it at the same time; what we really want is for things to remain the same but get better”. – Sydney J. Harris

95. “When it becomes more difficult to suffer than to change… you will change“. – Robert Anthony

96. “Change has its enemies“ – Robert Kennedy

97. “We cannot change anything until we accept it“. – Carl Jung

98. “In times of rapid change, experience could be your worst enemy.“ – J. Paul Getty

100. “There must be a better way to make the things we want, a way that doesn’t spoil the sky, or the rain or the land.“ – Paul MaCertney 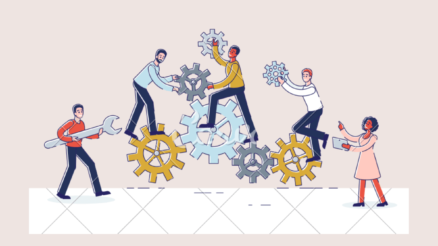 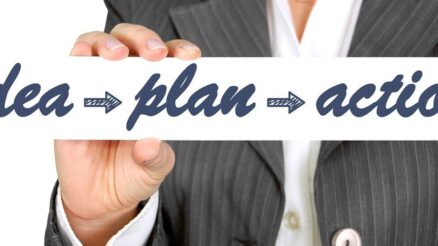 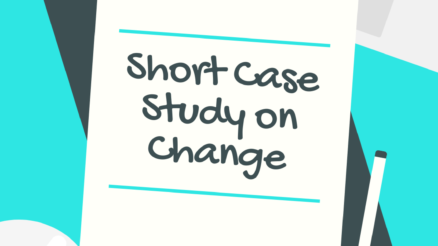