Nepotism is one of those acts which can ruin workplace culture.

For some, it’s an opportunity for family members to work together and support each other. For them, hiring family members can be a way to get ahead in your career.

For others, it’s a way for friends and family members to get jobs they may not be otherwise qualified for.

It’s important to be aware of the risks and rewards involved in working with relatives or friends.

What is Nepotism at Workplace?

Nepotism is the practice of giving preferential treatment to family members or friends in the workplace. This can take the form of hiring, promotion, or other opportunities.

Nepotism at workplace is a form of partiality in which people who are either related or friendly to the employer or those holding higher positions in an organization get undue favor. This often happens in appointing them to different jobs or making sure they get plum assignments.

When such people are given preferential treatment, it often means that more competent and deserving candidates are neglected. This not only promotes partiality but also lowers the morale of talented people.

How to recognise nepotism at workplace?

There are several ways to find and spot nepotism at workplace.

The first way to find nepotism is to look at the hiring process. If family members or friends who are not qualified or have experience are hired without a fair and objective selection process, that’s a sign that nepotism may be at play.

Team members who are given preferential treatment often overlook their responsibilities. They ignore consequences because they easily get away with their actions.

There is no accountability for them because who are responsible to hold them accountable are either their friends or family members.

This shows that there is nepotism at the workplace.

Finally, you can also look at the general atmosphere in the workplace. If there is a feeling of favoritism or cronyism, that’s another sign that nepotism may be present.

If you suspect that nepotism is occurring in your workplace, it’s important to speak up. Talk to your supervisor or HR department.

Unprofessionalism is another sign of nepotism at the workplace. People who are hired due to nepotism generally show unprofessional behaviour.

They have poor work ethics, low commitment towards their work and no respect for their other team members at workplace.

This know that they are not answerable to anyone as there is no accountability mechanism exists.

If there is nepotism at the workplace then there will be a clear disparity in salary and other remunerations among employees.

Employees with superior qualification, skills and experiences may be earning less than those who have less qualification but are hired due to nepotism.

Although nepotism is against work ethics and it has negative effects on organizational culture and performance. Yet, it is not clearly declared illegal.

As for public sector, nepotism is clearly illegal in the US. For example, federal employees are not allowed to hire family members. Additionally, nepotism is against the law in some states, including New York, California, and Massachusetts.

But it is legal for most of private sector where a family head can appoint his/her family members in the business without following due hiring process.

Pros and Cons of Nepotism

Nepotism can be beneficial in some situations. For example, if you have a family member who is qualified for a position and you know they will be a good fit for the company, nepotism can help them get their foot in the door.

2. Family members or friends who are hired through nepotism may be more loyal to the company.

3. Nepotism can help businesses save money on training and recruiting new employees.

Negative Effects of Nepotism in the Workplace

There are more negative effects of nepotism as compared to positives. Some of these are explained here:

One of the main problems with nepotism is that it can lead to a toxic workplace environment.

Employees who feel like they are being treated unfairly because of nepotism are more likely to be unhappy at work.

Unhappy workers more often than not indulge into conflict at workplace.

Another negative effect of nepotism is high employee turnover.

Employees who are unhappy with the way they are being treated are more likely to leave the company.

This can be costly for businesses, as they will need to spend time and money on recruiting and training new employees.

Nepotism can also lead to decreased productivity in the workplace.

Employees who feel like they are being treated unfairly because of nepotism are less likely to be motivated to do their best work.

Additionally, nepotism can create conflict among employees, which can further decrease productivity.

Nepotism can also lead to legal problems for businesses.

For example, if an employee is hired because of nepotism, but is not qualified for the position, the company could be sued for negligent hiring.

Additionally, if an employee is fired because of nepotism, the company could be sued for wrongful termination.

When nepotism exists in an organization for long period of time then it brings a bad reputation to organization.

Organizational culture is damaged when unsatisfied employees spend their time in gossiping about senior management and leadership. This culture affects reputation of an organization.

How to Deal with Nepotism in the Workplace

There are two approaches to deal with nepotism in the workplace – first, what an employee can do and what are responsibilities of an employer to prevent nepotistic practices.

It is important to communicate your concerns openly and honestly.

If you feel like you are being treated unfairly because of nepotism or if you spot nepotism at your workplace then first step is to talk to your supervisor or human resources department.

Before speaking up you must prepare your case and be aware of organizational policy on nepotism.  One of the powerful ways to present your case is to raise concerns from organizational perspective instead of personal one.

It’s also important to remain stick to professional values regardless of the fact that you are treated unfairly due to nepotism.

This means showing up on time, meeting deadlines, and treating your co-workers with respect.

If you indulge in a conflict and lose your dignity or behave unprofessionally then it would be counterproductive. And you might find yourself at losing end.

If you spot nepotism in the workplace then make sure to document everything. Nobody will believe your verbal claims so make every effort to prepare your case with facts and evidences which are properly documented.

Keep a record of events, conversations, and emails. This will be helpful if you decide to file a complaint or take legal action.

Another way to deal with nepotism in the workplace is to take advice from other coworkers or mentors. Since they might have been to similar situation so they can give better advice based on their experience.

But before taking an advice, selection of person who you are taking advice to is important.

5. Take care of your mental health

There is no denying the fact that nepotism takes toll on your mental health and wellbeing. When you are treated unfairly then you start feeling stressed out and low confidence level.

Under these tough circumstances, you need to take care of your mental health and wellbeing. You must take time for yourself and do physical activities like sports, walks and going close to nature also helps you to cope with work related stress.

You need to ask two questions when you face or experience nepotism in the workplace. Whether it is harmless or it is negatively affecting your career and growth.

If it is harmless then you just need to ignore it and keep improving your skills and expertise without losing your positive attitude towards work.

If nepotism goes beyond your patience level and you simply can’t adjust with it, then perhaps it’s time to quit. This should be the last resort but it’s better to leave when nothing works in your favor.

It’s good to find another opportunity where you are treated fairly and have better growth prospects.

The above stated ways are for employees and now let’s discuss few ways which will help employers to deal with nepotism in their workplace.

As an employer it is of foremost importance that your organization must have written policy and guidelines or values against nepotism.

Many companies have an anti-nepotism policy in place to prevent nepotism from occurring in the workplace. It gives confidence to employees that there is an organizational policy of nepotism and they can file complaint if they observe any negligence.

Sometimes employers commit nepotism without realizing it. But if there are proper mechanism and channels available for employees’ feedback then it can be brought to their attention.

This feedback mechanism could be in form of secretly filing complaints or through open communication.

This will help them feel valued and appreciated, and it will also give you an opportunity to address any concerns they may have.

Review your hiring policy and practices to make sure these are fair and transparent.

This hiring policy should be available in written form to everyone so that everyone knows the policy and file a complaint if anything goes against this policy.

Employers need to demonstrate principle of fairness in case friends and family members are employed.

The principle of fairness demands that employers ensure that suitability of friends and family members for employment is assessed fairly and objectively.

Those friends and family members should be treated equally as other employees are treated in terms of receiving promotions and financial benefits.

Employers need to be extra careful and always keep the principle of fairness in their mind before taking decisions related to employees.

The issue of nepotism is critical to workplace culture and organisational success. It has negative effects for morale of employees and reputation of organization is also at risk if there is nepotism in the workplace. Before it becomes culture, it is responsibility of everyone – employees and employers- at organization to play their role to address this issue. 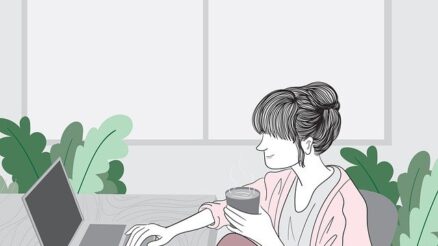 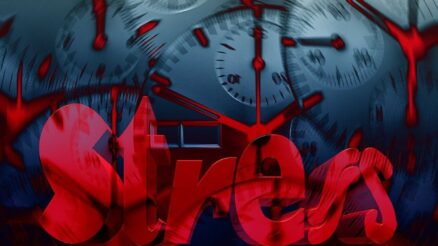 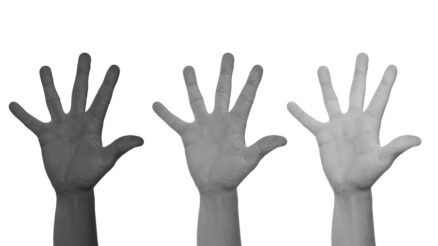